In 2003, a piece of property was purchased by the Curry Public Library District as the future site of a new library facility. The Friends’ organization was resurrected, and in a short span of four years (2004-2008), the Friends were involved in fifty-seven separate local fundraisers that raised over $400,000 for the new library.

Library supporters gathered at Gold Beach Books in early 2004 for the unveiling of the architectural plans for the new building. One year later, in May of 2005, the Friends hosted the library kick-off to the capital campaign to build the new library. Library director, Gil Chavez, explained the project, Migs Scalia outlined the wetlands mitigation project associated with the project and mandated by the Army Corps of Engineers, and afterwards, the group hiked up 3rd Street to see the site of the future library.

The Friends hosted several events celebrating the new library: a fund-raising kick-off, a ground-breaking, and a ribbon-cutting ceremony. The Friends were there when the new flag-pole was erected and when we held a community appreciation ceremony.

The Friends had booths and participated in every annual community event from 2005-2008: the Wine and Art Festivals, the Curry County Fairs, the County Fair Parades, the Fourth of July Parties at the Port, and the community Holiday Bazaars. 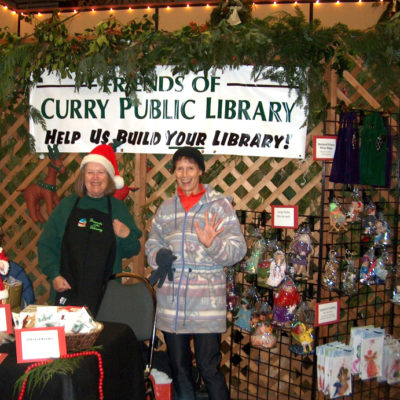 In collaboration with the Friends, the Gold Beach Moose Lodge organized two Spaghetti feeds; the Elks hosted a pancake breakfast; and Chetco Federal Credit Union offered a $10,000 challenge to the community, which was attained and Chetco matched.

The Friends purchased ads in the local newspaper, had donation jars all over town, and published a brochure listing fundraising naming opportunities. 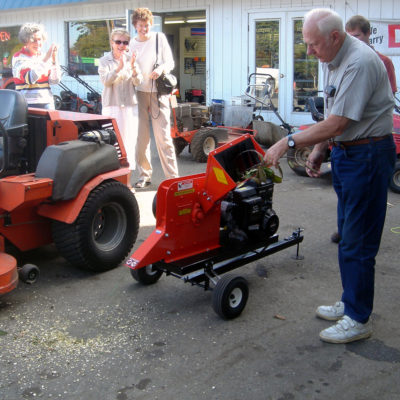 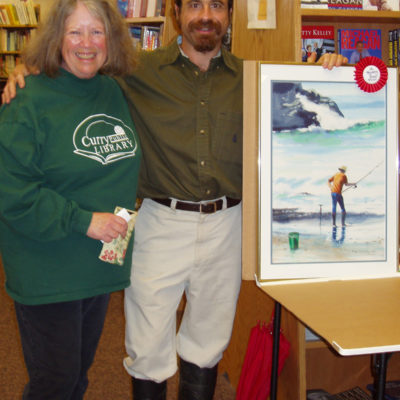 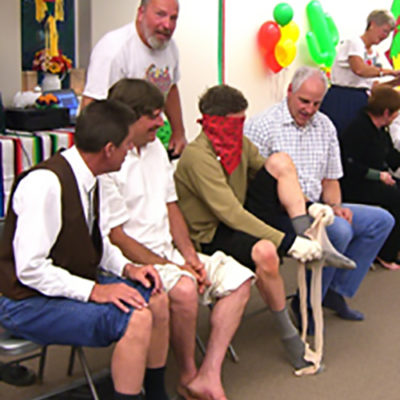 The Friends of the Library threw an outrageously fun Cinco de Mayo party in the new library in May, 2008, just before the new bookshelves were delivered and installed.

We held nine fundraising raffles for four paintings, a quilt, a wood-chipper, a hand-crafted hope chest, a Valentines Bear, and a computer.

From 2004 through 2008, library supporters purchased over four-hundred paving bricks. The pavers were engraved with the names of loved ones, family members, pets, and names of businesses. These were installed at the new library after it was completed.

In early 2008, construction of the new Curry Public Library was completed, but there was no money to purchase bookshelves. The Friends sent an emergency appeal to the community. Within two months, $12,000 was donated by generous library supporters who bought bookshelf name plates. This provided the needed funds to purchase the book shelves and open the library. 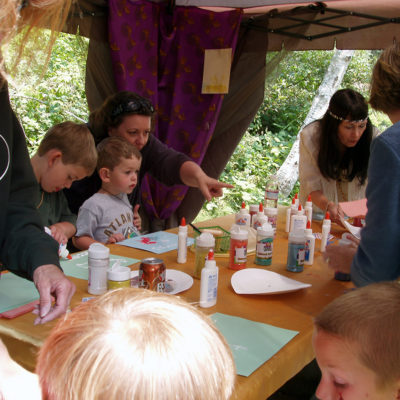 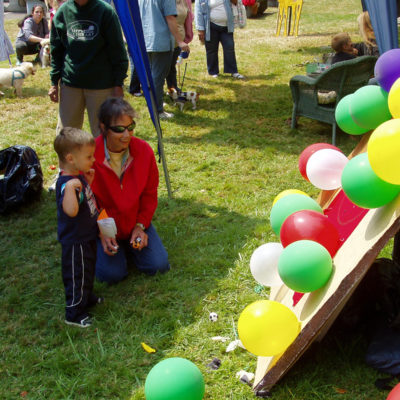 The Rotary Club of Gold Beach and the Friends started an annual Gold Beach tradition in 2005… Party in the Park. The Rotary sold picnic lunches and generously donated all the proceeds to the Friends to help build the new library. The Friends created nine carnival booths with free games and prizes for all preschool and grade school aged children… locals and visitors alike. There was a different theme every year (Pirates, Barnyard, African Safari, Constellations), and different “half-time” entertainment (circus acts, jugglers, puppeteers, flame swallowers, and trained dogs). The event grew from sixty kids attending in 2005, to one hundred sixty-five participating in 2015.