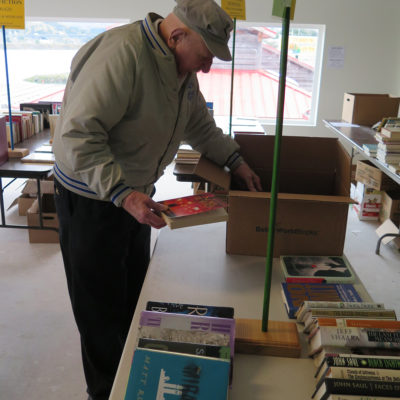 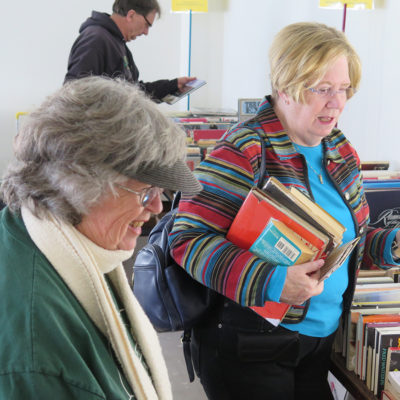 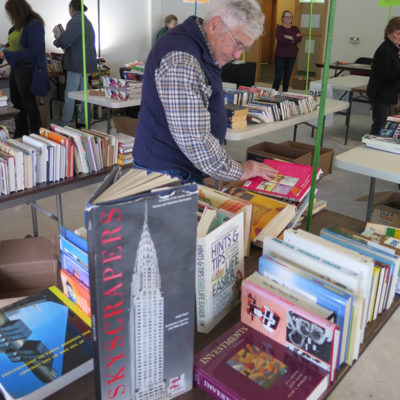 The Friends Book and Bake Sale takes place every year over Presidents’ Day weekend, Friday-Monday. One of the big perks of joining the Friends of Curry Public Library is gaining early admittance to the Book Sale on Friday night; non-members are not admitted to the sale until 9:00 a.m. Saturday. 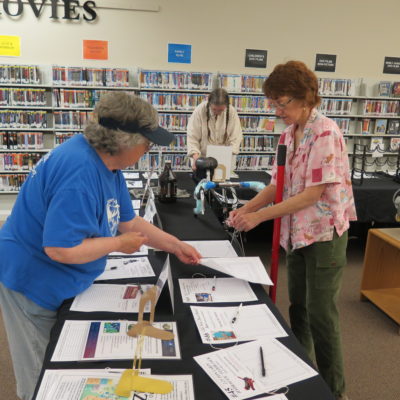 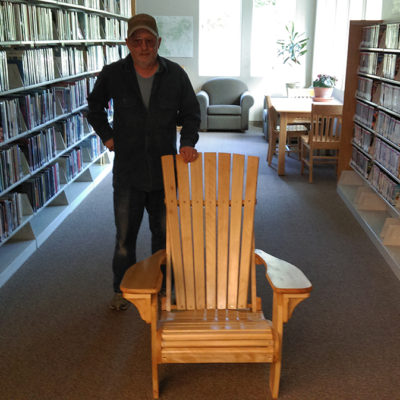 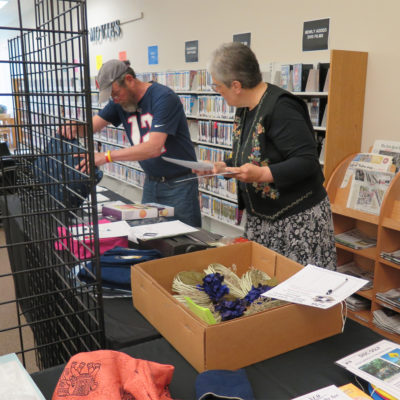 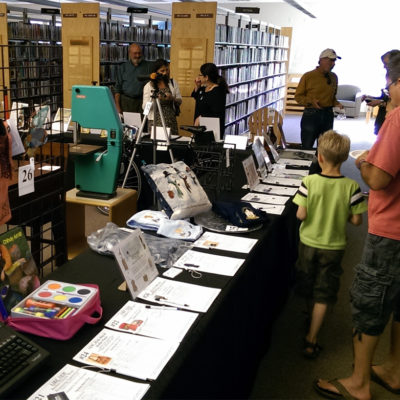 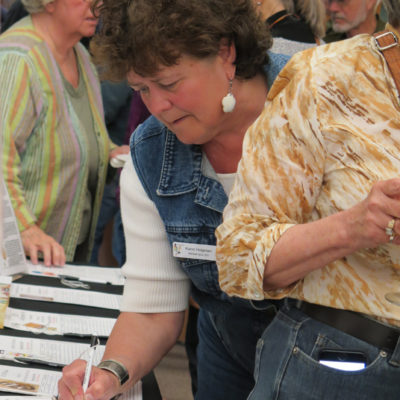 The Friends started the annual Month-Long Silent Auction in 2010, and it has become our most lucrative fundraiser, pulling in more than $5,800 in 2016. In March, an appeal is sent to all Friends’ members and the Gold Beach community, requesting donations of items that are new or in like-new condition. Something that is taking up space in folks’ closets, spare bedrooms, or garages (a gift they never used, an impulse purchase they regretted, a piece of furniture that doesn’t fit) may be just the thing someone else wants. Fifty useful, unique or fun items are on display in the library for the entire month of May, and the public is invited to bid… and bid often! 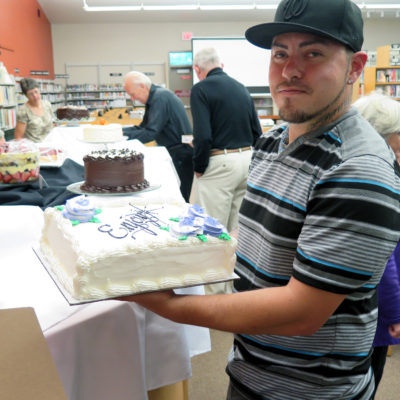 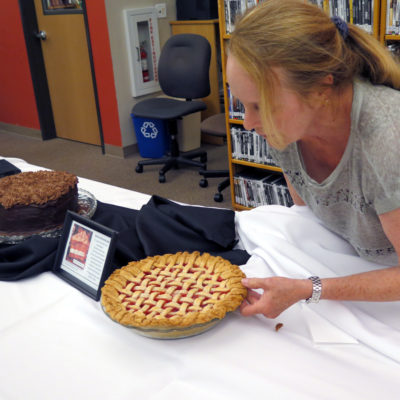 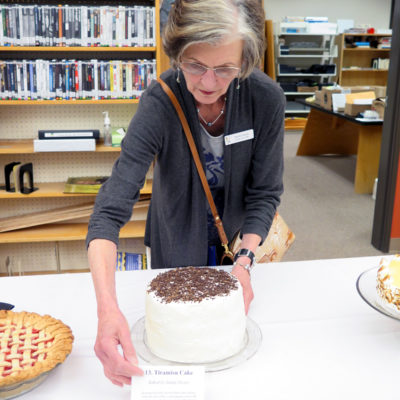 The Friends started the “Just Desserts Dessert Auction” as a grand finale to our Month-long Silent Auction in 2010, and it has become one of the most fun events of our calendar year. We recruit fabulous desserts from thirteen-fourteen people who are renowned for their baking expertise and creativity. The desserts are auctioned off by Reverend Tim Brueckner, who is funnier than a stand-up comedian, and a master at coaxing big bucks out of his audience. The record to date is $3,400 for fifteen desserts in 2016.

Party in the Park 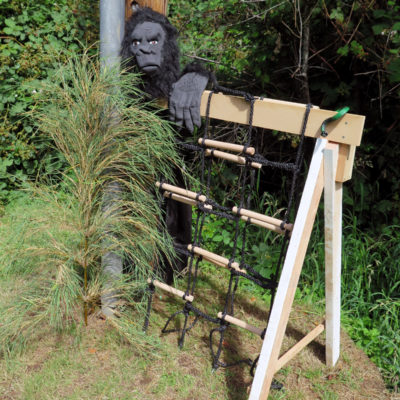 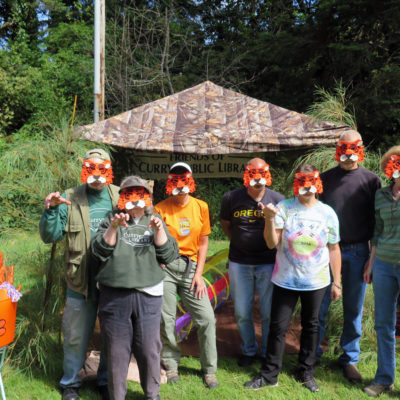 The Friends and the Rotary Club of Gold Beach have partnered to put on “Party in the Park” since 2005. Other local non-profits have since joined to make it a free community-wide event for children. 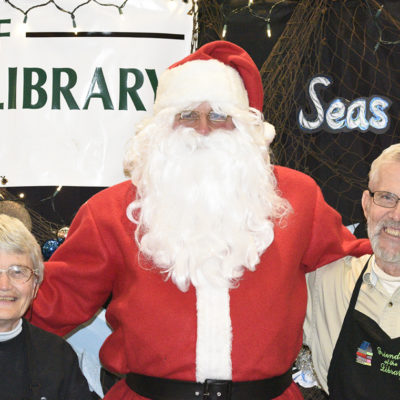 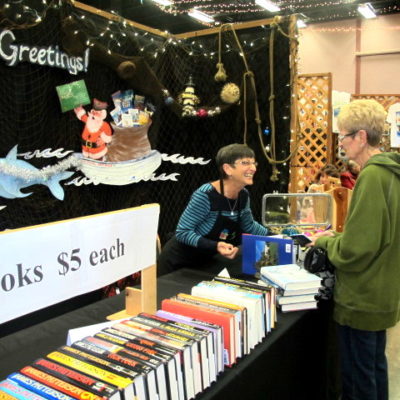 The community holiday bazaar is held the Friday and Saturday before Thanksgiving. Twenty non-profits, including the Friends of Curry Public Library, combine their efforts to determine a theme for the event, make and sell Christmas swags to offset the booths’ costs, host a competition for the best decorated booth (according to the theme), and provide a complimentary tea table for the shoppers. In 2015 the Friends decorated their the booth whimsically for the “Nautical and Nice Christmas” theme, and tied for first place, winning $75.00 with their “Seas and Greetings” booth! The theme for the 2016 Bazaar was “Sugar and Spice and Everything Nice,” and the Friends took second place $50.00 with “Read, read as fast as you can…can you read as fast as the Gingerbread Man?” 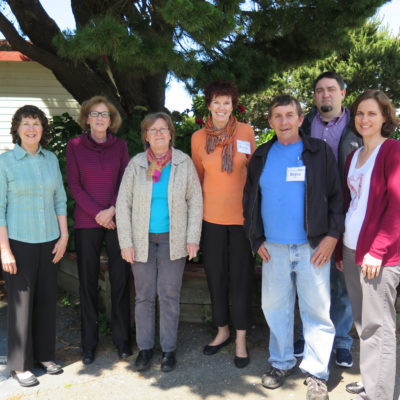 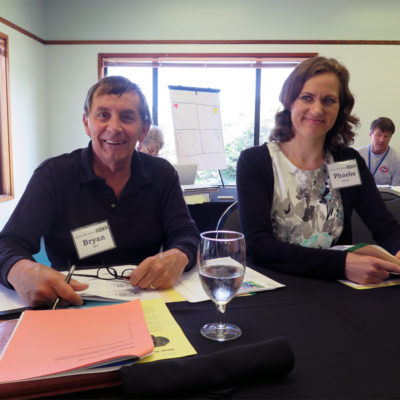 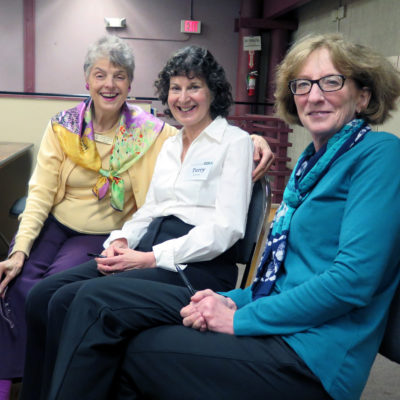 The eight members of the Grant Writing Work Group (Judi Collins, Sandy Grummon, Bryan Moe, Nancy Rogers, Terry Shannon, Jeremy Skinner, Phoebe Skinner, and Mary Uhlir) attended a 20 hour “Learn By Doing Grant Writing Workshop” in the spring of 2016, and the group developed three grant proposals as part of their class work. Since 2015, the Friends have applied for and received the following grants: 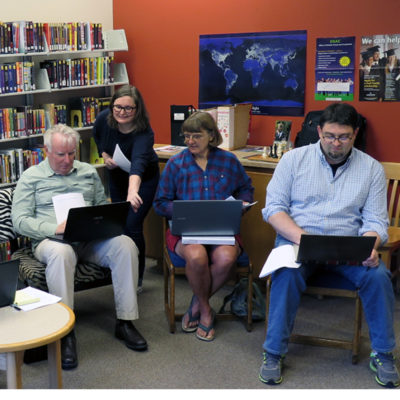 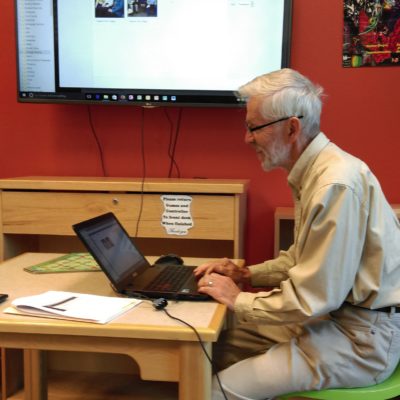 George Converse, who has an extensive programming background, is the technical lead of the Website Management Work Group. Ali Van Otterloo, Bryan Grummon, Jeremy Skinner, and Sandy Grummon take turns updating the website on a monthly basis. It was  a group effort from May 2016 through September 2016, but once everyone was comfortable with the WordPress software, each Work Group member has taken responsibility for updating the site every fourth month. 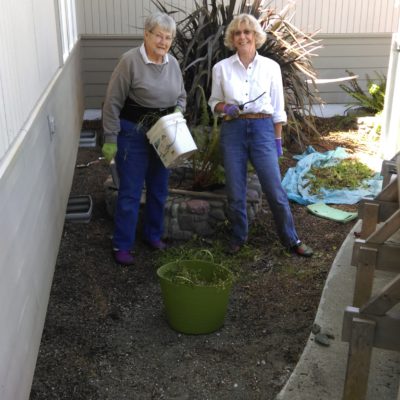 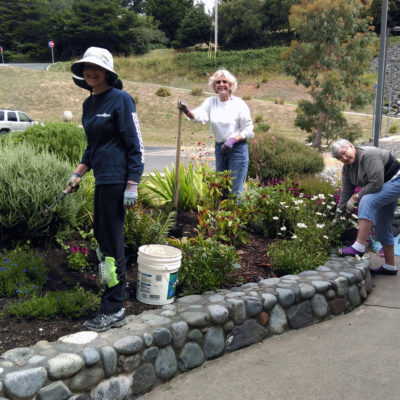 The Landscaping Work Group maintains areas around the library that are not covered in the library’s landscape maintenance contract. Barbara Johnson and Linda Stokes volunteered to head this effort, and Terry Shannon has recently joined them. 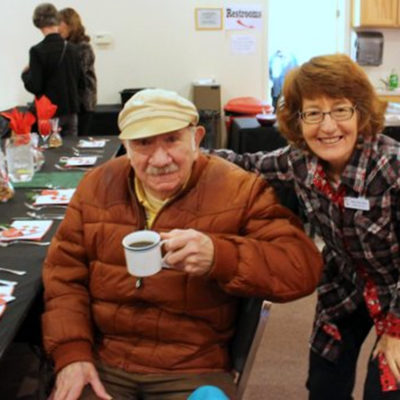 Co-chairs of the 2016 Friends Holiday Party, Donna Converse and Karen Helgesen, decorated the Showcase Building beautifully in a Scandinavian Christmas theme, as the day of the party was Saint Lucia’s Day in Sweden. Close to 40 Friends attended, and at least 20 folks brought beautiful assortments of cookies which were shared with each table as a colorful dessert.

Friends member and master woodworker, Nancy Rogers, custom-crafted and matted commemorative framed collages as a gift for each of the five 2016 Friends officers, which were presented during a brief ceremony at the party. Outgoing president, Sandy Grummon, awarded 35 custom plaques to the active Friends members, which had funny but appropriate quotes that would prompt each person to remember his/her contribution to the Friends during the past year. A wrapped Book Exchange culminated the luncheon. 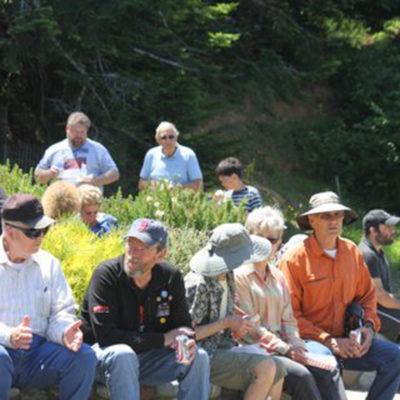 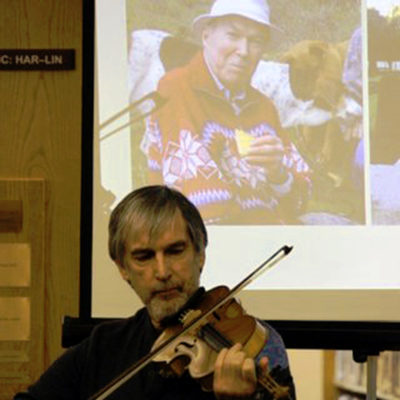 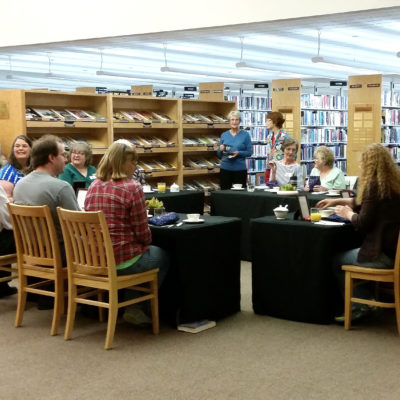 Bryan Moe chaired and cheered the Website Design Work Group from their first meeting in early September 2015 until the site was ready to launch in March 2016. The group (Bryan Moe, George Converse, Jeremy Skinner, and Sandy Grummon) met weekly and broke the huge project into bite-sized chunks, accomplishing the following: